A few years ago Ally Bank ran a commercial with the noble prize winning economist Thomas Sargent. In the commercial he is on a regally-decorated stage being interviewed. The interviewer asks him whether he knows what interest rates will be in two years. His response is a simple, unemotional “no.” At which point a woman enters the stage and says “if he can’t no one can.”

This commercial is making the point that when it comes to predicting financial markets “nobody knows nothing.”  If any year proves this, it is 2020. Who would have thought that COVID-19 would have shut down the economy, resulting in a 30% decline in the US stock market? Who could have predicted its subsequent rebound to new highs a few months later? Then there was the fear of the election and its effect on the markets, still, things moved in a positive direction.

The election reminded me of my own personal worries about election outcomes and knowing nothing.

It was the day after the 1992 Presidential election, Bill Clinton was the new President-Elect, I was at an economic conference at the Desmond Hotel in Albany, NY. At the time I was certain that the US economy and stock market were doomed.

This certainty was based on my educational background in Economics and Finance. An education grounded in the ­­­­­­­­­­­­­­­­­­­­­principals that teach free market capitalism, with minimal government intervention, was the best road to prosperity for all citizens. Bill Clinton was, in my opinion, a big government democrat – the opposite of what my academic background said was needed for a good economy and a strong stock market. In addition, the presenters at the conference did not help calm my fears; they had plenty of charts and data to support my dark cloud of economic doom.

One could say my fears were unfounded. Below is a chart of the S&P 500 index during the Clinton years: 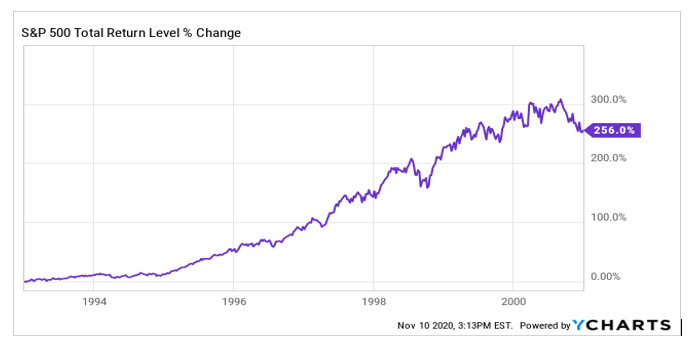 Money invested in the US stock market at the beginning of the Clinton Presidency grew 250%!

This is not a prediction, or political statement, it is an example of an economic lesson that “nobody knows nothing.” These are the words of John Bogle, the founder of Vanguard, arguably the most trusted mutual fund firm in the industry. What John means by “nobody knows nothing” is that it is impossible to predict the future, let alone how an unknown future will affect complex systems such as stock markets.

Here is an interview with John where he tells the story of where he first heard the three words “nobody knows nothing.”

The financial industry is filled with very smart people who try to predict where the markets might go. Unfortunately, they rarely predict correctly. There are hundreds of academic journal articles and books that prove this very point. There are even studies that argue that those who occasionally make predictions may be only correct due to chance, not skill.

We are attracted to the predictions because they either validate our own opinions or they tug at our own fears about the future.

So if “nobody knows nothing” then what is an individual stock investor to do? The answer is rather simple, but not easy: stocks are long term investments – I tell clients that ten years is the minimum holding period for stocks; diversify broadly and don’t dance in and out of the market. The markets will have bad days, weeks, and even years, but over long periods they will typically trend up.

The best metaphor I have heard on this idea is from an interview Warren Buffett did with Yahoo Finance 10 years ago. To paraphrase Buffet: “Think of a farmer; he buys a farm for its long term potential; he doesn’t sell his farm with every bad weather report. The US market has returned 10% over the last 100 years, there were a lot of bad ‘weather’ reports over that period, but if you didn’t react to weathermen you did well over long periods.” 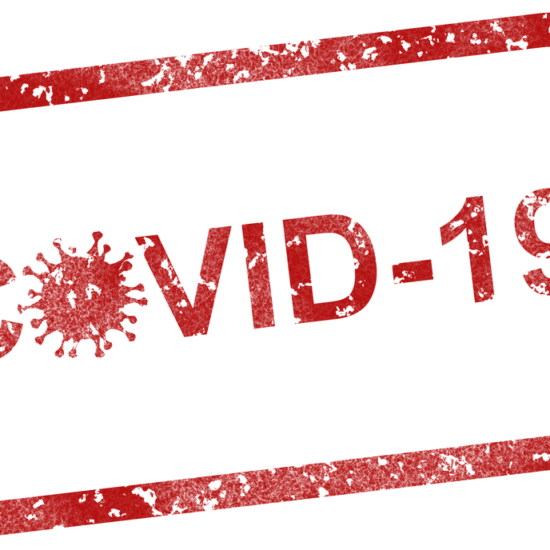 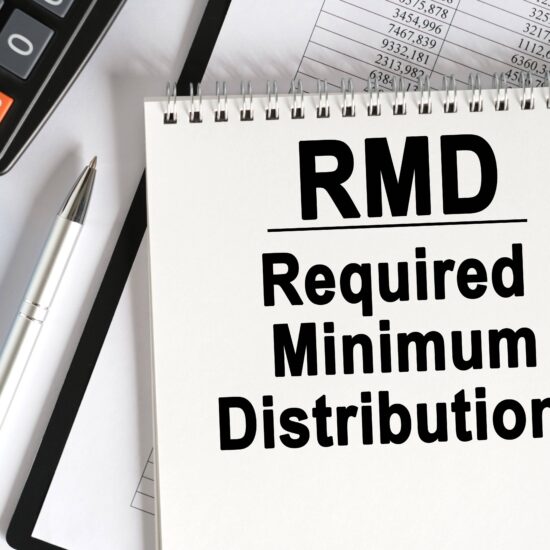